What would you do? 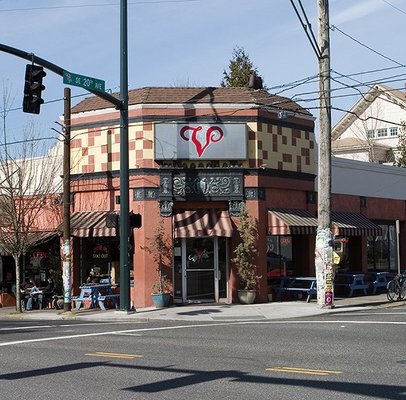 I was all the way on the east side of town racing to get back for a meeting when I stopped at a local pizza joint for a quick slice and a salad.

Of course, on this day, there was no one standing behind the counter.

I was about to leave when the front door blew open. A young woman, mid-20s, rushed through and dashed behind the counter. Out of breath, she apologized and asked me what I’d like.

Apparently, minutes before I arrived, two older ladies made their payment for a $14.95 lunch and told the young employee to keep the change. She was busy pouring another patron a drink. But a moment later when she proceeded to ring up the payment, she noticed the women had left her a $50 bill.

A $35 tip isn’t something most pizza joint employees experience. Yet it wouldn’t be atypical for someone in that job to assume their patrons were being super generous.

She was not typical.

She grabbed the bill, flew out the door and ran down the block to make sure this wasn’t a big mistake. It was.

While my slice heated up, I told her how impressed I was at what she did. I’m not sure many people would have chased down the ladies in this situation.

“It’s not like I couldn’t really use that money,” she said. “It was just the right thing to do.”

That was two weeks ago.

Between then and now, I’ve told everyone this story. Invariably, everyone who hears it says the same thing: “I’m not sure I would have done what she did.”

Had it been me, I’m not certain what I would have done either.

On Saturday, my wife had a craving for pizza and suggested we walk the two blocks to grab lunch from our local eatery. I had a different idea.

Twenty minutes later, we sat at the bar inside Vincente’s. The girl who was there two weeks ago wasn’t anywhere to be found. No matter. The owner was in that day. I felt compelled to tell him what happened. Too often, good deeds go unnoticed.

“Do you know the name of the girl working that day?” he asked me. I did not. He thanked me nonetheless.

“It’s one thing to train people and try to create culture in the workplace. It’s something special when you discover that it works,” he told us.

This restores my faith in humanity.

I often think how marketing is one of those things we all do because we’re told to do it. From ineffective canned drip emails to the major spends big brands indulge in to try to suck us in – often it feels like just going through the motions.

Then, I experience something like that first day at Vincente’s. A simple act of human kindness. Performed upon instinct. Born from a place of pure goodness. Honed by the company she keeps.

It drew me in unlike any piece of marketing collateral ever could. It carved out a piece of real estate in my brain that often takes years of hard branding to accomplish.

They say a little often goes a long way. Sometimes, they are right.

RESO invited Realty Alliance CEO Craig Cheatham to sit on its board. Inman surmised that this could thaw the icy relationship between big brokers and MLSs. I’m just hoping Craig reports back and tells us what RESO…