Pepsi was… well, no one really knew what Pepsi was – including Pepsi. They were just Coke’s less-than-formidable competitor.

In the ’50s, Pepsi tried to compete on value, touting the fact that they charged the same amount for their 12-ounce bottles that Coke charged for their 6-ouncers.

Then they dabbled with a bunch of different ideas, and even tried to go a little upscale on Coke: 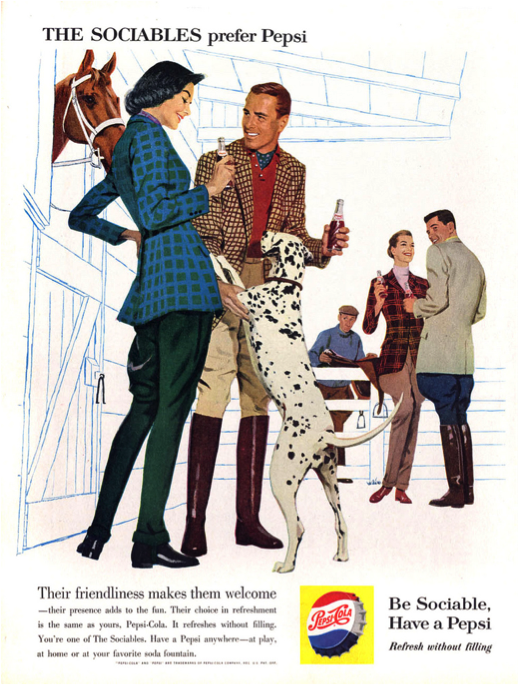 It didn’t work. Coke was Coke. Pepsi was something less than Coke.

Then, in 1963 – the year of the March on Washington, the assassination of President Kennedy, and the release of The Freewheelin’ Bob Dylan, Pepsi solved this problem.

They found their brand story.

Pepsi did this by plugging into the great cultural and generational upheaval that was then just beginning. Pepsi wasn’t Coke, indeed – Coke was the drink your parents drank. Pepsi was something different, something that marked a break from the people you were probably questioning – or who were questioning you. 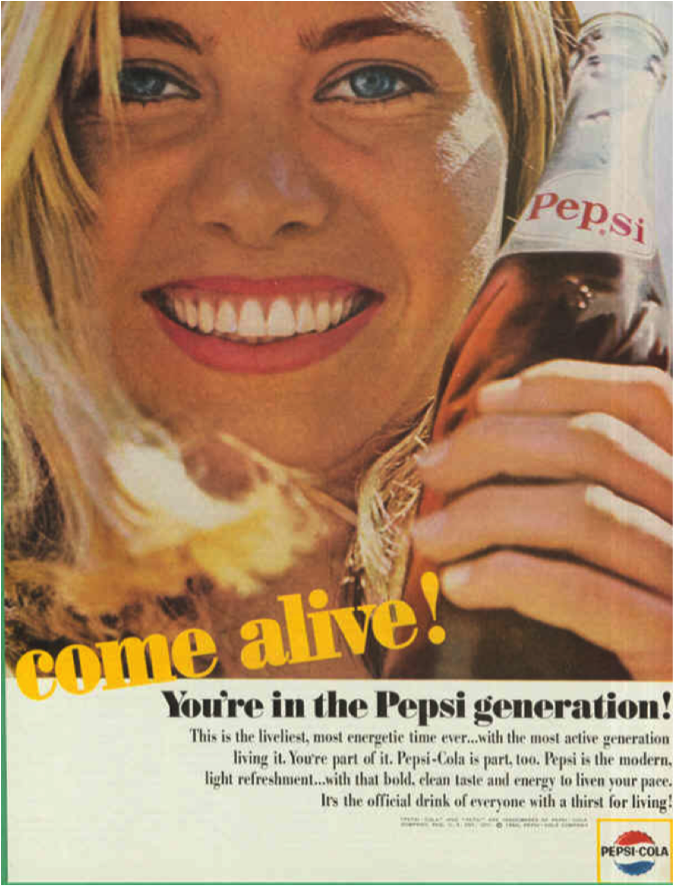 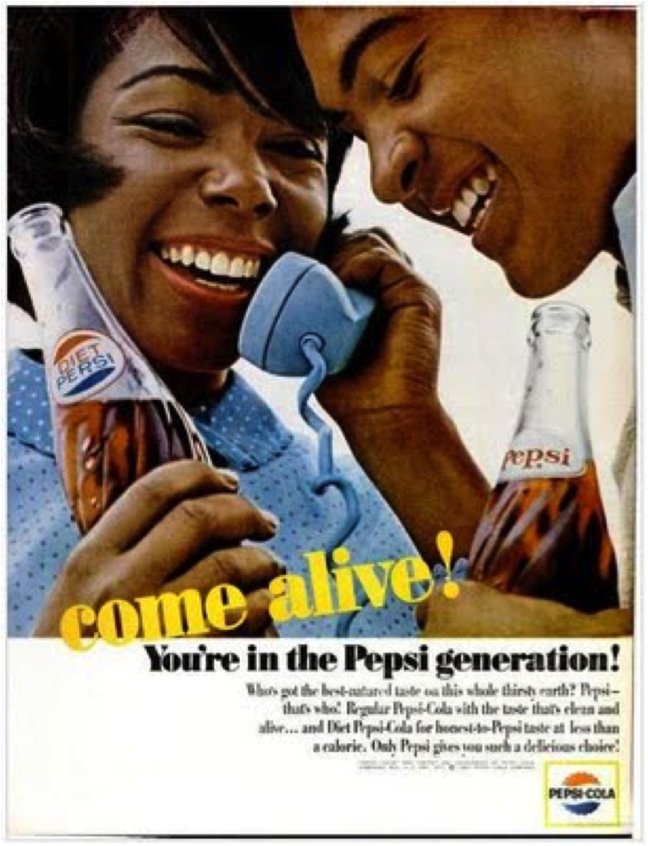 A young woman, carefree, hair down, without need of a male counterpart; an African American couple portrayed without caricature, affectionate; people doing things people actually did, not things people only did in a cultural ideal.

Pepsi also happened to be a little lighter and a little sweeter than Coke, which younger people liked.

Pepsi thus grabbed onto a cultural current to tell a story that elevated it above being just Coke’s not-so-strong competitor. Pepsi became the drink of a new generation – The Pepsi Generation.

This campaign continued well into the 1980s – you probably remember the Michael Jackson ads – before losing its cultural edge. But its work had been done. Pepsi reached, and remains at, near parity with Coke.

Imagine what we could do with Homeownership.

What cultural moment could a real estate brand seize upon to create a new connection with people?

Who might be bold enough to call out our industry’s past breaches of trust to create trust?

When will so many real estate marketers stop talking about millennials long enough to start speaking more meaningfully to everyone?

How can more real estate advertisers move beyond the imagery of homecomings, backyard barbeques and high-dollar perfection? Can’t homeownership be both aspirational and real?

I raise questions here. We try to answer them in our work with clients. It’s not easy. What is easy is telling the same stories to the same people in the same ways. No one gets pissed off. No top producer leaves. No competitor calls foul.

And, of course, no one feels moved, spoken to, called to action, understood, made part of something larger, recognized or heard.

They just move on.

I have emceed two events in the past three weeks. This isn’t really my job, and I’m starting to worry about becoming a Seacrest-like cipher, but it does have one important and ultimately helpful effect: I am…