Taking the fear out of agent reviews 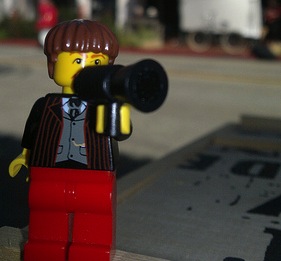 Online reviews have come a long way in recent years. Nearly every major retailer has incorporated reviews into their product pages, and thanks to Yelp you can now sift through dozens and even hundreds of reviews of any restaurant or local business you want in most cities across the U.S.

Each one of us is now trained to seek out reviews before making any type of purchase online or off.

Real estate is still catching up.

While some brokers have embraced online reviews – The GoodLife Team in Austin comes to mind – many others have shied away because of one big concern:

What happens when there’s a bad review of an agent?

What happens – as evidenced by a recent story about online reviews outside of real estate – is that your reaction to that bad review is what makes or breaks you, probably more so than the review itself.

What many may fail to realize is that online reviews are a big piece of the social puzzle. Consumers engage with your brand by sharing their experience with others. You are expected to participate. And be friendly and proactive rather than defensive.

How you play this can make or break your brand. Seriously.

Take the case of Phil and Kristen Buckley, who in 2011 used a Massachusetts-based moving company to help with their parents’ move. Long story short: their experience was terrible so they posted a one-star, scathing review on Yelp.

Rather than respond publicly on Yelp where the complaint occurred or even call the Buckleys to sort out what went wrong, the moving company did nothing for 18 months. (That’s akin to a decade in Internet years.) When they finally made a move, it wasn’t an apology or a how can we fix this? approach. Nope. They decided to send a letter threatening the Buckleys with a lawsuit if they didn’t remove their bad review from the Internet.

Since that has happened, several prominent blogs, including The Consumerist, have started following the story.

The moving company has found out the hard way that bullying doesn’t jive online.

Now, instead of just one incident that could’ve been viewed by prospective customers as isolated, the company has decimated its brand to douchery in consumers’ eyes.

Rather than view online reviews as a potential threat, why not embrace them? (Here’s a great story about a San Francisco restaurant that did just that in a really fun way.) If your agents have it together, most will be positive anyway. And the negative reviews actually present an opportunity to show consumers you give a shit.

As Marc pointed out a few weeks ago, not encouraging online reviews is quickly becoming a dead end. Arguably, not being there is no longer your choice. You can’t opt out of social.

But being there half-heartedly and with your guard up can be just as damaging.

Think about this as you plan your strategies for next year.

Nobody’s perfect and the feared “bad review” is bound to happen at some point. Just remember that your reaction is public and customers are paying attention.

Friday Flash: Chaos, experience, and love among the ruins

I’ve been on the road a lot the past two weeks, and writing has been tough. But, boy, it’s always good to get out there. I learn so much, hear so much, and always come back energized…