This phrase, finger-drawn on dusty cars, comes to mind each time I take a call from a brokerage company seeking help with their brand.

But unlike the car — where a quick application of suds, water and Armor All does the trick —  restoring the shine to a company requires strategy, creativity and a lot of listening.

This is a story about a company that permitted us to undertake that kind of effort.

In a place marked by pristine beaches, glorious palm trees, a confluence of modern highrises and classic beach bungalows, resides one of the most respected real estate brokerages in the world:

The founder, whose brand bears her name, is a leader in the truest sense of the word. She has a vision. She has values. She surrounds herself with people who share them — and attracts the world as a result.

Michael protects her brand with deep conviction. She’s not distracted by trends. The brand is calculated. Focused. Intensely agent-centric, but also a highly respected fixture in the community.

No brand is perfect, but Michael Saunders & Company is about as close as it gets in our world.

Like many brokerages, they face new competitors. Change is afoot. To maintain their edge, Michael and her son Drayton, who is President of the company, resolved that the time for a brand evolution and campaign was now.

View the full case study and brand campaign work at this link.

Having worked as their agency on past projects, I have always been captivated by the unique magic Michael Saunders & Company holds. It was time to reveal it to everyone.

Put a scarf on it

Rebranding can’t happen in a vacuum or by staring into a computer, randomly writing and designing ideas in your head. To get this right, we needed to get to Sarasota, Florida, and live inside the Michael Saunders & Company world.

A team of five arrived for what we call discovery — myself, our senior writer, strategist, creative director and project manager. We set up shop in a modest Airbnb by the bay and went to work.

Days began at 5 a.m. with walks around our neighborhood. Working breakfasts followed, where we’d recap the work from the day before.

Each day, we’d set up in one of Michael Saunders & Company’s offices and conduct consecutive one-hour interviews with agents and managers. Afternoons we met with partners — developers, lenders, the tourism board and more. We spoke with local merchants. Buyers and sellers. In every Uber ride we took, we’d ask the driver what he or she knew about the brand. In every coffee shop we hit, we’d chat up the barista.

We left no stone unturned.

On the final day we visited the Saunders family estate and interviewed Michael’s brother, the curator of the family’s multi-generational history in the area.

At night, we’d sit on the dock of our rental, battle mosquitoes, and build our strategy.

One thing was abundantly clear: the brand has flair. Michael has it. Drayton has it. The agents, offices and staff all have it. It’s an indescribable charisma. We knew that our work had to reflect that.

Michael is known for wearing colorful, elegant scarves. It’s her signature. So our internal mantra for all the work to come became…

We discovered a lot in Sarasota. Processing it into a campaign is where the wizardry happens.

We learned that people who live on Florida’s Gulf Coast believe it is the best place on earth.

We also learned that the company Michael and Drayton run is a place their agents want to be because it is singular. It is unique. Many worked on their careers for decades aspiring to work for the Michael Saunders & Company brand.

Dropping a business card with the name Michael Saunders and Company on it means something. It means expertise. Excellence. Integrity. Devotion to community. Not because the company says so, but because the company, over a 43-year tenure, has made it so.

We needed to create a campaign that would tell that story, reveal that truth. And we needed a slogan as that campaign’s capstone. That slogan was…

Externally, it spoke to place – the idyllic communities along Florida’s Gulf Coast. Internally, it celebrated a company where magnificent careers can be built.

It also inspired a full visual language and system for these things. Our creative team built a color palette, patterns, type and layouts that represent the mosaic of brand + place + people.

You can a view a full gallery and case study on our website, but here’s a taste:

We started by creating a new color palette and brand patterns: 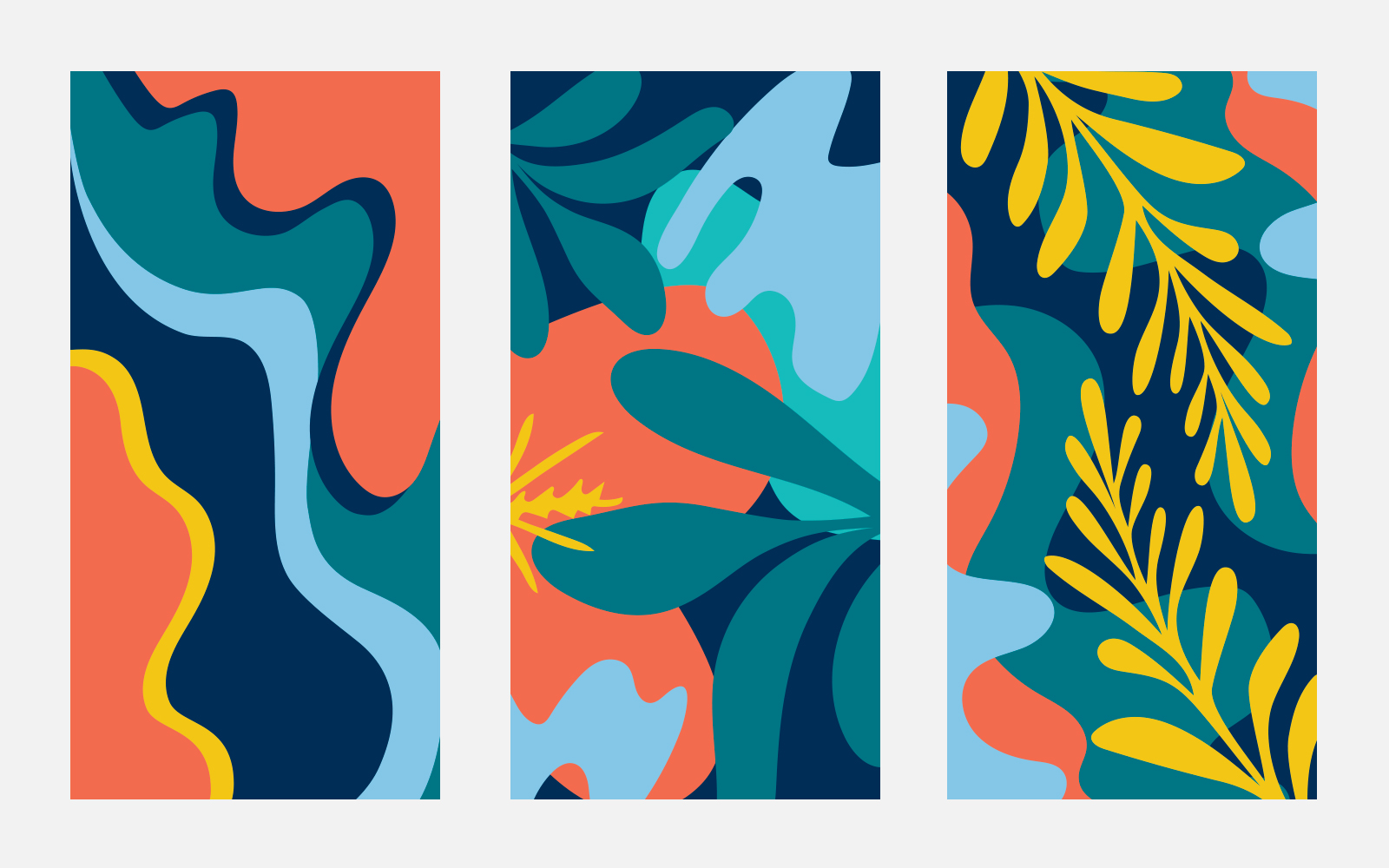 After patterns, colors and copy, we moved into designing ads:

We also designed and wrote a microsite to house the new brand campaign: 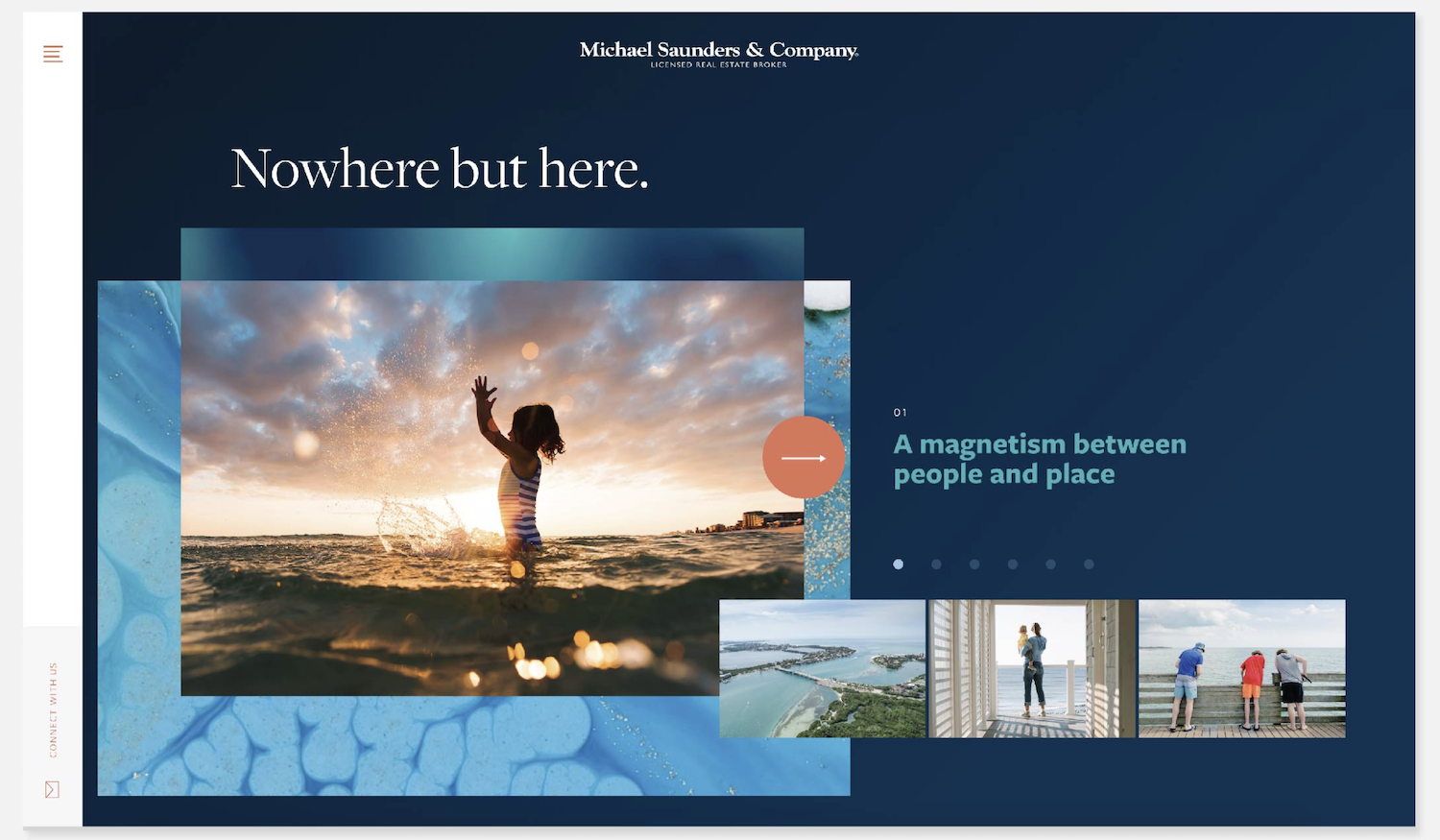 The updated brand campaign was presented at the Michael Saunders & Company annual company-wide meeting. It was received with great excitement.

And  — a sure sign that something has hit the mark — the words “Nowhere But Here” have echoed through company offices and meetings ever since.

Have a story to tell, a campaign to launch, a brand to build?

The philosopher Thomas Hobbes called it the State of Nature. The human condition before government. Before we as individuals concede our right to do whatever we want, whenever we want, in order to make life secure and…