It's an amazing time to be a Realtor 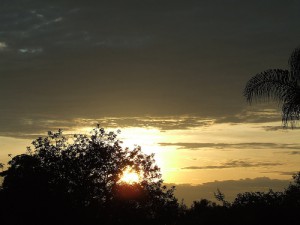 A few weeks later, I found myself at Inman’s Real Estate Connect conference. It was a mashup of innovation. Technology. Wheeling and dealing.

It was more than just a confab. It was a revolution. Dreamers and visionaries – both from within and outside of real estate – converged. The room buzzed with electricity.

Inside the Hilton in San Francisco, attendees were re-imagining an entire category. Everything was ripe for an overhaul. Nothing was sacred.

Outside the Hilton, the real estate industry quivered.

I recall countless articles written around that time foretelling the destruction of real estate as we knew it.

Many agents and brokers feared the worst. Technology, and the Lex Luthors pushing it, had one goal in mind: replace the Realtor.

This was 1998. AOL was king. Amazon was barely three years old. Google was two months away from launching.

Handfuls of agents had websites. Some were built by hand using simple, self-taught HTML.

But even these early adopters were fearful. Their coding and design skills could not stack up against Home Shark, Bid4real, Owners.com and many other “dot-coms” that were offering experiences that seemed space-aged compared to what Realtors could deliver.

And then came listings.

The floodgates of fear burst open.

In the last 14 years, there has not been a single agent fatality due to technology. But the rows of headstones strewn across the landscape of the dot-com cemetery run for miles.

And with that win came tremendous spoils: technologies that have simplified your workflow and created an era of connectivity that is beyond anything anyone could imagine 15 years ago.

You’re a kid in an applications candy store surrounded by so many solutions and options that every vendor is now at your mercy.

You control the negotiation. You dictate price. You influence quality.

Smartphones and the app paradigm that followed forced you to learn how to download software and use it in a whole new way. Technology is no longer a mystery. Or something to fear. It’s tangible. Accessible. Friendly. Subservient to you.

You are the master of this domain. The king of the castle.

Regarding dot-coms: no site, app or solution can replace, outsmart or replace you. Indeed, without your assent, none of these things can exist.

As for brokerages, given what I know, many are killing to recruit you. Today’s visionary broker is dedicated to reaching for what’s ahead, not clinging to what’s past. She’s created a culture unlike anything I have seen since I arrived in the industry. Find her. She’s out there.

It is an amazing time to be a Realtor

Over the years, I’ve written hard-hitting, sometimes hit-below-the-belt copy. I shocked. Ruffled. And angered people. It’s what I did to cut through the noise. And hopefully draw attention to a very simple fact:

The good Realtor never had anything to fear, and does not now.

Keep learning. Keep adopting. Try everything. It will make you stronger. More confident. More in control.

Fourteen years ago, Real Estate Connect seemed like a war room. Today, it’s become an armory for Realtors. In truth, it always was. Very few understood that back then.

Today, it is an amazing time to be a Realtor.

Reuters is reporting that Trulia has filed to go public, but has done so under the new – and controversial – JOBS Act, which allows companies with under $1 billion in revenue to circumvent the traditional filing…