If you want to innovate in real estate, your time is now 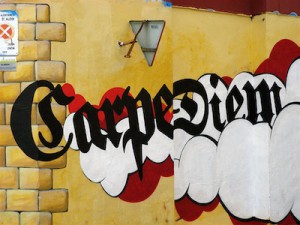 “I don’t know if I want back into real estate, it’s so hard to crack that market. The politics, the price sensitivity, the fragmentation – it’s intense.”

“I understand. You and I bear some of the same scars.”

“But if I did jump back in, where do you think there’s opportunity?”

A moment in time

That was how twenty seconds of a two-hour lunch with a former colleague who left the real estate software space went. But it’s the part I’ve been thinking about over and over in the weeks since we met.

Because if you want to build software for real estate agents and brokers – to innovate, to disrupt, to invent – now is your time.

You may doubt this. The housing recovery is but a fragile bloom, the politics and fragmentation are undeniable, and Zillow seems to be sucking up all the oxygen in the room.

Sure. But optimism wins here.

Think about the five years leading up to this moment:

First, demand for technology and software was throttled by the market crash. Things are loosening up. I see it in broker budgets and agent attitudes. People are investing, not just holding on.

Second, most real estate software vendors followed the industry into the Valley of the Shadow of Death. Their budgets, and their capacity for investment, went south right along with that of their broker and agent customers. They froze in time like a caveman under permafrost.

Third, how we think about software has changed fundamentally. Five years ago, we were paying fat license fees and singing long-term contracts. This condition was particularly acute in real estate. Now, we download $5 software to our phones and sign up for web apps like Dropbox fearlessly.

Fourth, the cost of building software, in time and dollars, has dropped. Yes, it will cost you plenty to build and iOS app. Web apps – despite AWS, GitHub and the proliferation of APIs – still take time and money. But it’s less. Significantly less.

So, then: we have a market served by dog-tired vendors that’s ready to release pent-up demand in an environment where it’s easier to build and sell software.

Here, there and everywhere

You don’t have to come up with the thing nobody thought of to pursue opportunity. Think about existing applications and do them better. Tackle established use cases with new tools.

Think about what W&R Studios did with the CMA. They applied contemporary development and design sensibilities to an age-old application. And rocked it.

Consider what companies like DotLoop and Cartavi are doing with the fifteen year-old notion that transactions should be managed online. They’re bringing it to market in applications that feel like 2012, not Windows 95.

Look now, with these eyes, at just these three things:

Agents still build them by the hundreds of thousands. But tell me this: what exactly is a “virtual tour” now that photos rule the web? It’s probably not degraded photos stitched together in a ponderous montage backed by one of John Tesh’s Greatest Hits, is it?

It’s the key accompaniment to the listing agent’s moment of truth with prospective sellers, but they’re rarely interactive or visually compelling. And every brokerage builds one – in PowerPoint. This is a smaller, but important, opportunity.

I’ve been around online real estate since 1997. Hundreds of millions were poured into the category in the late nineties chasing stuff like online auction sales (remember HomeBid?) and fisheye lens tours (remember Bamboo.com?). These companies were ahead of their time, fighting huge development costs and mass skepticism.

But now is that time – your time, the time – to make things happen.

Anatomy of an SEO Audit