Friday Flash: What was that about?

My wife and I spent last Saturday walking around San Francisco, enjoying the relative quiet produced when thousands of city dwellers decamp for Tahoe or Carmel or Calistoga on a big holiday weekend.

Of course, I had to notice the real estate things.

On buses. Billboards. A-frames. Painted onto the sides of buildings. And, in one neighborhood alone, two storefronts.

This was real estate brand presence on a scale I’ve never seen. A black-and-white blitz. Many of the ads sported the hashtag #compasseverywhere. Point made.

And it all looked good. Really good. Even a Compass team, with their own mini office, presented an elegant co-brand: 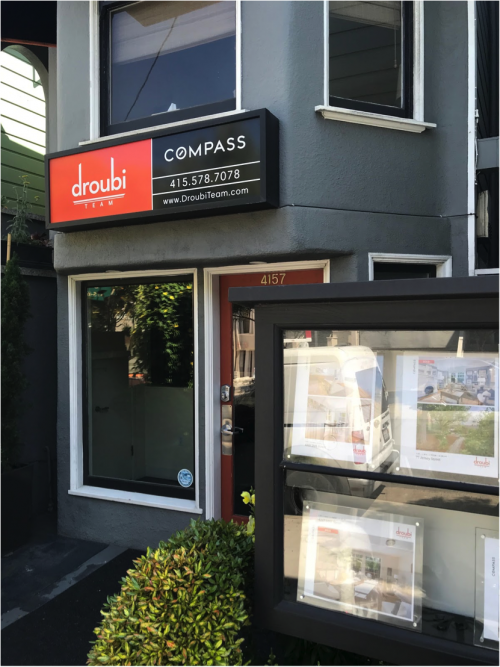 I’ve been a critic of Compass, mostly because I can’t get my mind around how it will work long-term as a business. But what do I know? And $808 million in funding gives them a lot of time to figure it out anyway. So, at least for now, the question is academic.

Maybe I should stop trying to understand Compass.

And, at least in our biggest housing markets, it’s #everywhere – to be accounted for, competed with and argued about for a long while to come.

I have a vague recollection that there was some trouble about NAR a few weeks ago?

Something about a dues increase, or a logo?

Somebody wrote some mean stuff, right? Then some people got pissed about the writing of the mean stuff and then, like, wow, things felt like they were coming to a head and then there was gonna be a big showdown or something and…

Hold on. Did I write about it?

I dunno. I can’t remember.

Must not have been important.

The will to own a home is strong.

We all know buyers are stretching to compete in our low-inventory, high-appreciation market. But as this piece in Fast Company makes clear, things are getting a little weird.

Crowdfund your down payment? That feels nice.

Give away part of your potential upside? Uh, OK, if I have too.

Accept down payment help from a company that then monetizes part of your home as an Airbnb rental? Eesh.

There’s a quote at the bottom of this article from the CEO of a company that buys equity from homeowners as an alternative to the HELOC:

“The American Dream used to be, I’m going to own this home,” he says. “But it was very binary, rent or own. Why not own 80%, or 77%? Most [startup founders] don’t own their entire company; they syndicate that risk. Why not let homeowners also have that option?”

I guess this is all “innovation”, but I also smell the sort of reality suspension that got us into trouble 10 years ago. Let’s not be stupid again.

Homes.com has released a major overhaul to its website. It’s nice-looking, and pretty interesting because they’re trying some UI patterns that we’ve seen others toy with (and then abandon) in the past. 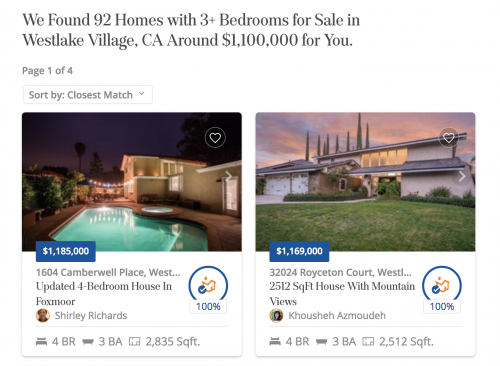 And, most interestingly, an option for search powered by computer vision – i.e., give Homes.com a photo of a home you like and it will find others like it.

These are all things that sound neat, but have never really taken off. Maybe the time is right now, but I’m skeptical. People haven’t seemed willing to trust algorithms when it comes to something as important as finding a home. And, really, in any one price band and geography, there just aren’t that many homes to wade through. Listings aren’t hiding out there, they’re on the internet.

I think the mantra for home search is still Keep it Simple.

First is one of my favorite real estate startups. 1000watt did some work for them last year and their team and tech is super impressive. Basically, First uses AI to find out who in an agent’s existing sphere (not some random geography every other agent in town is hammering with predictive analytics) is likely to transact, then helps the agent reach out to those people.

Thad Wong at @properties is one of my favorite brokers. In 18 years, he’s taken his company from scrappy newcomer to #1 in Chicago, then #1 in the entire state of Illinois. He’s somehow figured out how to make tech an advantage instead of a burden, and has been almost completely untouched by Compass’ entry into his core market.

Last week, First announced that it closed its Series A. Thad and his business partner Mike Golden participated.

These are people to watch. Congrats to them.

First of all, I would like to thank the Department of Justice and the Federal Trade Commission for adding yet another “conference” to real estate’s calendar. I think we’re starting to spend too much time together, people….