Trulia rocked its IPO. I don’t know how you interpret this, but the “this is a vote of confidence for the housing recovery” line works for me.

And call me soft, but whatever the politics, whomever you like or don’t like, seeing years of will-testing, marriage-straining, sleep-depriving work pay off big always gets me: 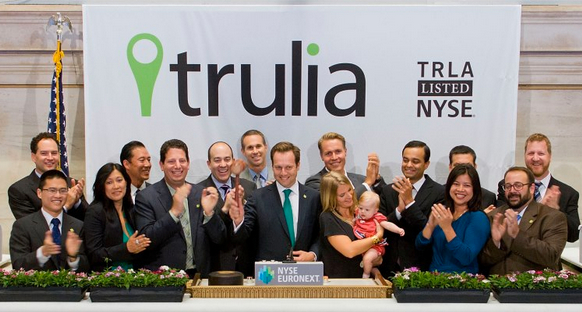 I present to you, without comment, the new ad for RPR in RIS Media Magazine… 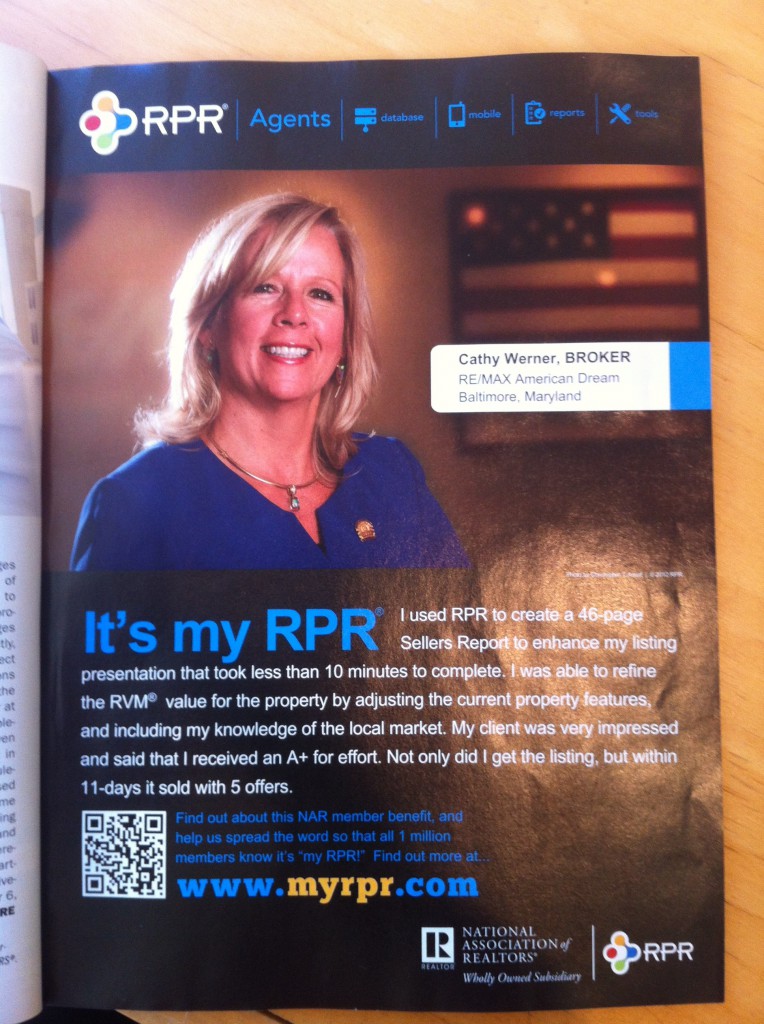 Block Avenue launched this week. It’s a site that assigns a letter grade to neighborhoods based on analyses of crime stats, school data, sex offender density and other factors. User generated reviews round things out. 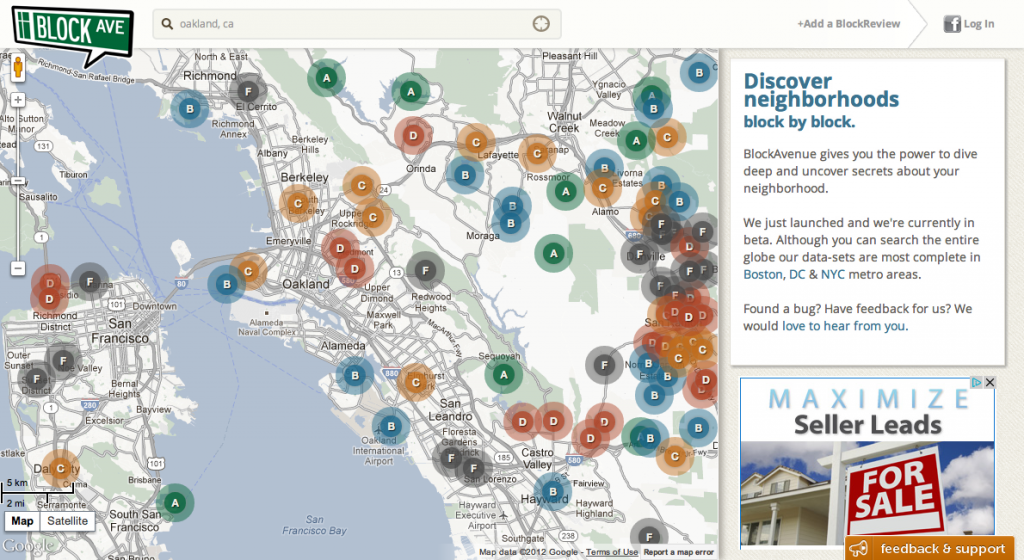 StreetAdvisor, Walkscore and Nabewise play in this space as well, and I think there’s a lot of opportunity here. While the big online real estate sites have plenty of neighborhood data (and in some cases reviews), I do think sites/applications dedicated to finding a place to live will catch on in time.

I wish them success. I still believe the neighborhood is online real estate’s final frontier.

I went to an office opening for Red Oak Realty in Oakland last night. They’re one of my favorite little brokerage companies.

First, no land lines for agents, just a cloud-based system that routes calls to mobiles. Love this.

A friend of mine who works in a brokerage of about 500 agents told me recently that his company spends over $150,000 per year on its office phone systems: PBX, T1, service tech calls, “phone boxes” that hang in the “server rooms” that always need rebooting… it’s like an extravagant museum installation.

Second, this new office featured two “Phone booths,” small quiet rooms with a counter and no chair. A smart bit of design in an office that’s largely open and has no private offices for agents. It also ties nicely to the stand-up desk craze.

Forget the iPhone 5. This was some revolutionary stuff:

[Disclosure: StreetAdvisor is a 1000watt Client]