Zillow got its bell rung by an odd little firm called Citron Research, which published a scorching takedown of the company’s business model.

Oh, and they also said the entire online real estate category is pretty much a waste of time.

It’s over the top, really, but an entertaining read. And it does contain several astute observations, many of which focus on this undeniable reality:

Zillow, Trulia and Move all spend a ton of money on call centers. A thousand smaller “vendors” pitch, plead, and dole out doughnuts to close a few sales. I once filled a shopping cart with salads and snacks to bring to an office meeting in rural California at which I was promised 30 minutes in front of 50 agents.

What’s the real estate app or online service that agents are going to buy rather than have sold to them?

Have you seen it?

HAR.com, the most touted public-facing MLS website in the business, got an update a little while back.

This site beats the big portals in the Houston market. It gets tons of traffic. But it was always kind of busy visually.

The new home page is much cleaner, with a big, bold focus on home search – the feature that drives the vast majority of visits and results in the most leads.

Now, many people don’t think MLSs should be doing this sort of thing, but that’s not my point. My point it this: deliver the greatest good for the greatest number of your users and forget the rest!

Craigslist is cracking down on sites that are scraping its listings to create newer, prettier user experiences.

A couple months ago, the classifieds giant went after Padmapper.com, an online rental search site.

This week, 3Taps, a company with which Padmapper had partnered, came back at Craigslist with a suit of their own claiming that Craigslist is an “unchallenged monoplist” that serves to “control and obstruct innovation.” 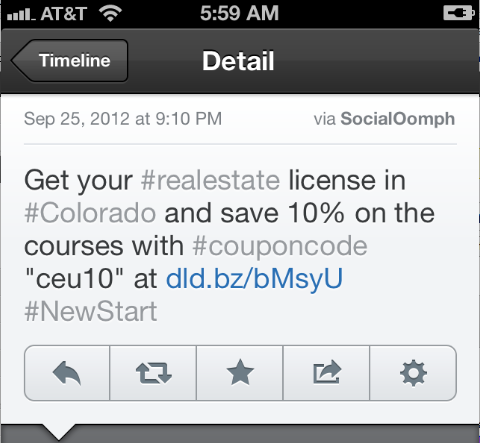 Factual, which aggregates location data (think “points of interest” or “amenities” in a real estate search context) and makes it available via API for application developers, announced something called “Place rank.”

In a nutshell, all data points are no longer equal. The sixth Taco Bell in a town is given a lower ranking than a one-of-a-kind bistro. Makes sense.

This matters if you think “Lifestyle search” in real estate is something worth pursuing.

While real estate technology is a tough sell, it seems anything pet related is a winner.

For example: Clinic specializes in weight loss for pets.

How about a Virtual Tour app for cats?

An active market, a chance to manifest a new destiny

“It’s a sign of the times,” she said. “The market’s picked up and our agents seem to be too busy to read emails, come to office meetings or use any of the tools we offer them.” What’s…