CONFERENCE MODERATOR: “What trends do you see shaping the future of the industry?”

PANELIST: “Well, teams, first of all. They’re going to be big.”

You’ve seen this a thousand times, too, right? Teams have been the “future” for at least a decade, all the while being the present, and, in some ways, also being a throwback to the past (more on that below).

There are lots of ways to look at our team reality. Some traditional brokers view teams as parasitic organisms to which they must expose their tender flesh as a matter of grim necessity. Companies that sell leads like teams because they are generally better prepared to respond and convert those leads. Ambitious agents view the team model as a pathway to building a bigger business.

It’s this last point that I find most interesting and positive. A few years back I explained my view of real estate’s near future as one dominated by concentrated “nodes of production” as tech, money and marketing pulled more sides into fewer hands. 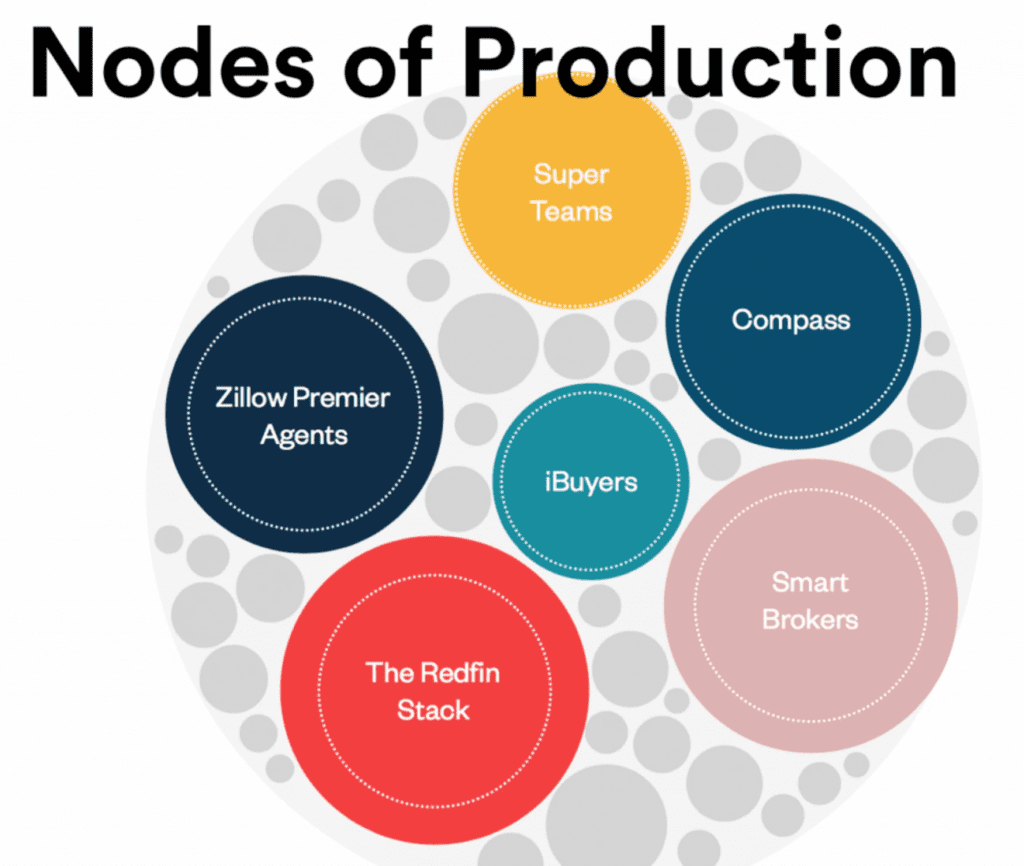 You can view this as a dark vision if you don’t like Redfin, Zillow or Compass, but my take was that more production done by fewer agents would create the scarcity needed to finally and fully professionalize the practice of real estate.

I think I got it wrong inasmuch as I had “super teams” as a discrete node. Productive teams exist within all of the other nodes of production (Redfin excepted). Thousands of little businesses exist inside the nodes of the big businesses.

I said above that teams also harken back to the past. By that I mean a team – characterized by a dominant, rain-making leader, internal cohesion and balanced splits to buyer agents – are like the brokerages of yore. So, perversely, you can today be a traditional brokerage hosting several younger, more profitable versions of yourself.

Anyway, I’m a bit all over the place here, so I’ll get to the point: Teams are perhaps the most interesting part of our present, and those who build businesses designed to support them will thrive along with them.

Competition (or, more to the point, Compass) has made Realogy’s company-owned brokerage operation better. I don’t want to overstate this — this is still a sprawling, slightly-profitable operation — but it’s been emanating new energy lately.

This week, software Realogy developed for its owned offices (operated largely under the Coldwell Banker brand) was released to franchised CB offices as well. It includes an intranet platform called Desk and a system for sharing listings within offices called Exclusive Look (I’m not a fan of this last offering, conceptually, but I’m going to blame Compass for inciting this game of cynically positioning limiting access to listings as giving access to listings.)

In any case, props to the Realogy/Coldwell Banker teams.

HomeLight, the company that lets consumers evaluate agents based on production data, acquired Disclosures.io, an app for managing property disclosures and offers.

Disclosures.io launched and has most of its users in Northern California. Agents here love it. (I know, I am married to one.) I’m surprised it wasn’t scooped up sooner. But it’s a nice add for HomeLight as it pushes to be more than just a referral source for agents.

I think there’s still lots of room for innovation around offers, though. This is a very messy part of most transactions. Given that most forms are standardized, it seems like there’s some AI magic that could clean things up.

That’s it for now. Have a peaceful weekend.

This is not the end

“To me, the grounds for hope are simply that we don’t know what will happen next, and that the unlikely and the unimaginable transpire quite regularly.” — Excerpt from “Woolf’s Darkness: Embracing the Inexplicable,” 2009, by Rebecca…