The philosopher Thomas Hobbes called it the State of Nature.

The human condition before government. Before we as individuals concede our right to do whatever we want, whenever we want, in order to make life secure and sane.

This deal we make is commonly referred to as a social contract. It’s the underpinning of our democracy. We give up a little to get a lot.

The State of Nature is rough if you’re not the ape in the pack with the biggest club. Hobbes famously said that life in this state is “solitary, poor, nasty, brutish and short”.

We in the real estate industry have our own social contract. It’s called cooperation and compensation. All the brokers in a market give up a little to gain the stability, clarity and certainty that sharing listings with competitors on the MLS under agreed-upon rules provides.

This contract is in jeopardy.

Off-MLS listings have been growing for some time, but Compass has kicked things into high-gear in many markets with its exclusive listing program, which I have argued is key to its long-term strategy to become a “store for homes”. Other big brokers are responding with similar initiatives.

This is rational behavior, of course. Selling your own listings off-MLS is more profitable than making an offer of compensation on the MLS.

But is it smart behavior, long-term?

When that pivotal brick is pulled from the MLS Jenga tower and it all comes crashing down, a great deal will be lost.

I don’t think it’s too dramatic to say that, most basically, the truth of the real estate market is at stake. How does any agent, or any consumer, really understand the reality of what’s going on without a current, clear, neutral and near-complete database at the center of it all?

Look, I get big-broker gripes about the MLS. There’s been a lot of overreach. And, yes, brokerage profitability is increasingly challenging.

But not as challenging, I would argue, as living in the real estate State of Nature that looms as an alternative.

The Redfin/Opendoor deal makes a lot of sense, for obvious reasons. Redfin gets some help in the iBuying business, which I’ve never sensed Glenn Kelman really has his heart into, and Opendoor gets access to a large consumer audience.

But, I dunno, it also kinda feels to me like Opendoor is positioned here as merely a “feature” of Redfin. It deepens my skepticism that they’ll be able to build a category-leading brand.

Homelight is a company I’ve always found interesting. They’ve built a successful performance marketing business for agents without a lot of hoopla. They’ve been quiet.

Homelight recommends agents based on transaction data so consumers can see who’s sold what, when. They launched right around the time Realtor.com, Redfin and the Houston Association of Realtors all launched, and quickly turfed, similar efforts amid industry outcry.

The company got into the iBuying business earlier this year, so now an offer to sell your home this way is presented side-by-side with the option to use one of the agents they recommend. 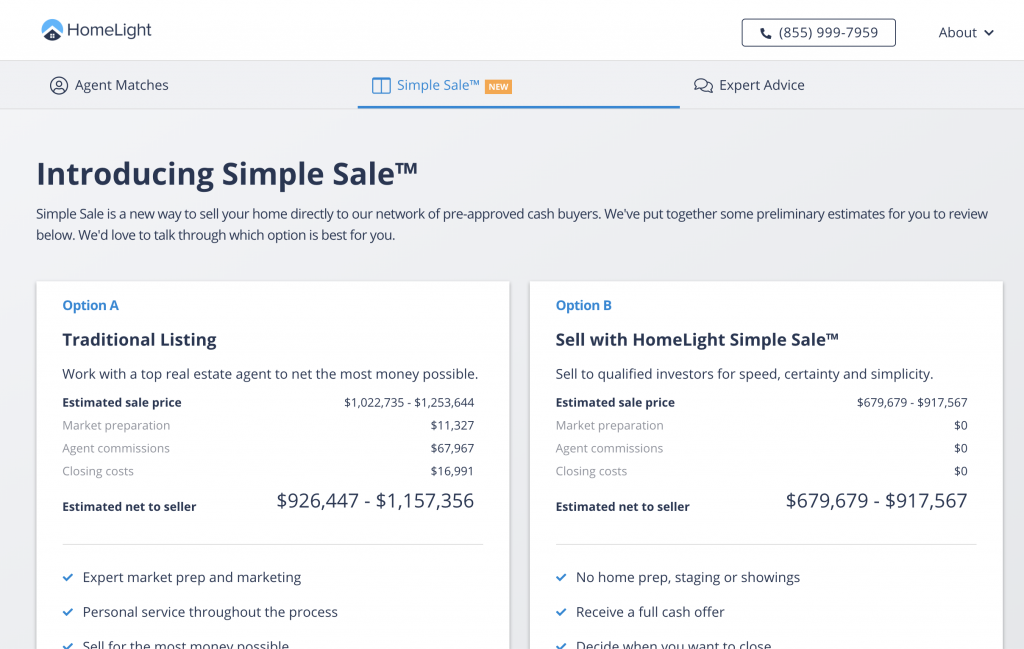 This week, Inman reported that Homelight acquired Eave, a digital mortgage lender. They, like so many others, are trying to stitch together a more elegant consumer experience.

It also appears that Chris Crocker, a longtime real estate industry exec., has joined the company.

Remember when “predictive analytics” was the next big thing?

I think we were wrong.

The idea that you could analyze data in a way that would reveal who was mostly likely to sell had big potential. It would transform real estate marketing, make agents vastly more efficient and, yeah, maybe make life living hell for some consumers.

SmartZip was the first in this space. Others followed. And while these models have seemed to prove useful to some agents, none of these companies have ever really lived up to the hype.

This week, Constellation Real Estate Group acquired Offrs, one player on this field. I don’t know the terms of the deal, of course, but I never view a Constellation purchase as an especially joyful or forward-looking action.

Oh well. We have other next big things now.

That’s it for now. Enjoy the weekend.

Start with why. Finish with how.

Start with why. Finish with how. Simon Sinek’s “Start with Why” created a gravitational pull to a branding ideal. It generated rich banter across our industry and beyond. For those unfamiliar, the author’s premise is simple: rather…