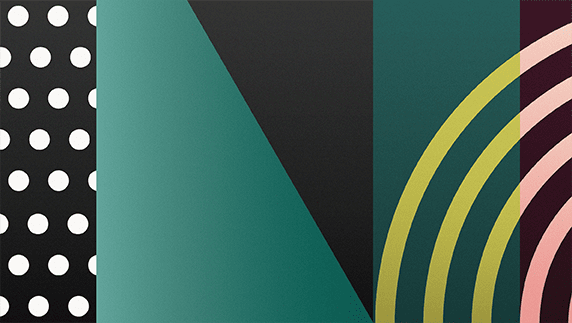 Trulia launched in 2005 by scraping listings to prime the supply/demand, content/traffic pump (remember that?!).

The company then cut a bunch of broker deals to get listings directly, and began dialing-in SEO big time. The supply/demand flywheel got rolling and Trulia grew to become a major “vertical search” player by delivering a user experience that was superior to Realtor.com’s.

Zillow launched just a few months after Trulia with the Zestimate, which proved to be catnip for homeowners. This unique content, combined with a brilliantly executed PR effort, established the Zillow brand as a champion of consumers who appreciated, as the company’s first tagline put it, an “edge in real estate.”

These two companies battled for years, but Zillow’s brand-driven approach ultimately won out. The victory came with a steep price, though: $3.5 billion, to be exact, to buy Trulia in 2015.

I surface this bit of history in light of CoStar’s acquisition of Homesnap and clamorous entry into the residential real estate market.

As many have pointed out, CoStar is a juggernaut that utterly dominates the commercial real estate data and digital marketing space.

They are feared, respected, resented, and almost always win.

They have the valuation and balance sheet to go toe-to-toe with Zillow, and then some.

They scooped up Apartments.com from Classified Ventures, a dying consortium of traditional media companies, and turned it into a rentals category leader.

With the Homesnap acquisition, they now have data agreements with pretty much every significant MLS (though these agreements have terms, of course, and can be renegotiated).

And, yes, they are vying to buy CoreLogic, the property data company whose software also powers most of the country’s major MLSs.

These things amount to a real threat to Zillow.

If I had to guess (and, believe me, I am almost certainly wrong here), I’d say CoStar will try to do the following:

1.  Preach that old-time “your listing, your lead” religion to build broker sentiment for one more run at stopping the runaway Z train (they have already started this) to a degree the Broker Public Portal initiative on its own could not effect.

2.  Spend a couple hundred million on a consumer campaign to juice usage of the Homesnap site and app.

3.  Evolve Homesnap into a pay-to-list site.

I know #3 sounds preposterous right now. But I think brokers could end up preferring to fork over money to advertise their listings on a pay-to-list site, and pulling out of IDX to smite Zillow, if they think it helps safeguard their ancillary businesses (increasingly a concern given Zillow’s mortgage company, and Realtor.com’s partnership with Rocket Mortgage) and keep more deals in-house — especially if that paid site becomes well known and trafficked by consumers.

If CoStar is able to buy CoreLogic, they can ply brokers with data and give away Matrix, its MLS software, for free in order to grease the industry skids (the MLS business is a very small part of the overall CoreLogic picture, so treating it as a loss leader would be doable). And if those looking to cleave the cooperation and compensation linkage are successful, this all becomes easier because brokers will then basically all be selling their own inventory anyway.

OK, I’ve gone down a rabbit hole here, so I’ll stop. Suffice it to say that some weird, interesting things could happen as a result of this deal.

But I will, having said all that, also say this: I’d still place my bet on Zillow to be the dominant and enduring category leader.

I say this because of the very same thing that enabled them to trump Trulia: the brand.

Consumers love Zillow. Sure, CoStar spent tons of money on clever TV ads for Apartments.com, but is Apartments.com a brand? Do people find emotional satisfaction on Apartments.com like “Zillow surfers” do? I don’t think so, and while these things weren’t necessary in the apartments category, where no dominant and widely trusted brand existed, residential resale real estate is different.

It will be tougher for CoStar here.

But that’s not going to stop them from making a run at it.

May the best giant win.

We seem to have a problem in real estate marketing with table stakes. We rarely go beyond them. Table stakes are the bare minimum offering. They are “first-level” creativity. When articulating your difference, table stakes would be…