Comets, die-offs and the future of real estate software

Facebook released Paper this week. It’s a fresh new look at the idea of a “news feed” and a brand new experiment in UI design. Personally, I found the interactions a little too heavy for my liking, but it’s good to see them experimenting with new approaches. It’s worth a look.

What I find more interesting about this move, however, is that it really shows a company brave enough to leave their past behind them to try something completely different. I believe this is an absolutely critical attitude to have if you are in the technology business today.

Things move much too fast not to think this way.

At this point, it should come as no surprise to anyone that the growth of mobile devices is rapidly eclipsing traditional computers. Tablets alone today represent nearly 50% of global PC shipments.

This is a tectonic shift in computing to a world that is, for better or worse, decidedly app-based. Whether people are downloading from the iTunes App Store or Google’s Play ultimately doesn’t matter much… that is undoubtedly where the action is.

Facebook clearly sees this and is rapidly unbundling its platform for this new world. It has released a slew of apps over the last 18 months. Remember Camera or Poke? Then came Messenger and now Paper.

Some have flopped. Some have stuck around. Some, who knows? Point is, each of these apps represents a core piece of functionality of the Facebook platform that they’ve peeled off and  “appified” for the smartphone or tablet.

The monopoly of experience Facebook enjoys on the desktop dissolves in the mobile environment. But they needed to make this shift in order to stay relevant.

A land before time 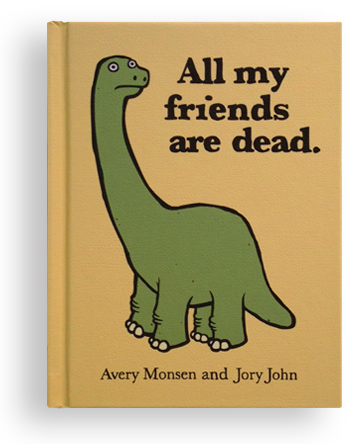 The real estate technology landscape is replete with platforms. Large, heavy, intense pieces of software that are sold at an enterprise level to MLSs, brokers and, to a lesser degree, agents.

Most of these platforms, like Facebook, were built for a world in which the desktop ruled as king.

But the reality is that world is changing fast. The iPhone crashed comet-like into real estate technology seven years ago and changed everything.

We’re moving into a world where dedicated, simple, nimble, native apps thrive, mammal-like. A world where the monolithic, one-interface-to-rule-them-all, web-based approach to software starts to look a bit prehistoric.

Thus, the battles moving forward won’t be fought on the web. They will be fought, won and lost in the app stores.

There have been a few attempts to get a head start on this change. Open Home Pro springs to mind as an early mover – and kudos to the team at HomeFinder.com for snapping that one up. They clearly recognized this evolutionary shift and moved to acquire the app and talent.

This is not all doom and gloom. In this new mobile-first world, it’s not as if these platforms can’t or won’t still live. The underlying web services will still be relevant.

He said she said: The power of testimonials

Every real estate brokerage website has listings. Some have local content. Some have blogs. But nearly every site is missing one thing. Testimonials. Why is that? We hear over and over that despite all the gains in…