Brokerage from the ashes 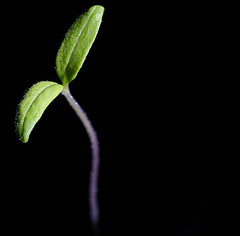 Weeks prior to the roll out of his company’s new website, Mike and I spoke about a launch campaign. A plan was prepared keyed to the eyes and ears we needed to reach â€“ those of Mike’s agents internally, competing agents externally and, of course, the public.

Our plan ran the gamut: traditional marketing, an email campaign, terrestrial events and an assortment of well-crafted social media plays. However, when it came to executing, we ultimately demurred.

We had our reasons.

Instead of a blitz, we collaborated on a simple internal message, one that would be sent to everyone at the company via email and followed by a series of events. It wasn’t the typical aren’t we great we built a new website rah-rah rhetoric that would bore the shell off a snail.

After all, Mike and his company didn’t just build a Website.

This simple email touched on the themes that mattered most to Mike. Things that should matter to every broker today trying to Phoenix their way out of the ashes produced by the market and the ceaseless incendiary munitions of independent agent branding â€“ stuff that only seemed like it worked in the glow of the boom.

So there was a lot more to this email campaign than a simple missive about a new Website.

It was after hours at the Leading RE Conference. I was with a small band of brokers engaged in discussion. When the gang exited the hotel bar to continue outside by the fire pit, I shook off fatigue and joined them.

Mike was already seated, enjoying the cool Scottsdale air. I had never met Mike before. But the seat next to him was empty, and once we introduced ourselves, the conversation flowed.

Between gentle puffs on a Mareva, Mike told me about his company – the past, rich with success and purpose, the present characterized by challenge and confusion.

Through the crackling of the fire and the loud banter around us, I heard the emotion in his voice. He asked for my card. Told me he would call. Unlike many with sincere intention, Mike followed through.

“We’re not here to build a Website,” I explained up front during our first call.  “The Website will build itself.”

A lot of brokerages hope a new Website will cover up internal problems. But a Website, like a marketing campaign, can no longer be fabricated from the creative juice of hyperbole. The public is too smart, asks too many questions and won’t readily take things at face value. At best, your Website might suggest a vision of exciting possibility, but if no one in your organization believes, supports or acts on that vision it’s nothing but beautifully packaged lies.

Real estate has been playing that card long enough. I know it. You know it. And Mike was definitely vibing it. But what if there was substance? Creativity? And something so special about your company that all your Website had to do was shine a light on it and expose it?Imagine how powerful it could be.

Recently, when Mike visited the Zappos executive office he came back understanding the real reason their site experience is so amazing. Internally, in the real world, the company is amazing.

The light inside his head that was always there flashed high beams.

Weeks later his brand excavation began. As we brushed away the layers, something gorgeous protruded through the surface: a tight-knit executive team prepared to move on everything. And a generally talented, committed band of agents with real careers, real skills and great moxie.

Upon that discovery, we presented a strategy for resurrecting the substance and soul that built Mike’s company thirty-three years ago.

Mike hosted several company-wide meetings to rally the troops. Attendance was mandatory.  The executive team took a 3-day retreat, holed up inside a conference room with a white board, dry erase markers and one mission in mind: to craft the charter that would guide the company forward, without detraction.

I asked Mike one day what would happen if an agent refused to adhere to his new standards. We’d been together long enough and Mike knew there could be no delay in responding nor could there be any lapse in reacting.

A brokerage is not a cult. It’s a business. Every business must have enforceable standards that apply to anyone who represents the brand – employee or independent contractor. This is an immutable law of branding. Figure out what you are, what you stand for, what makes you special and then you do two things: 1) Never allow anything or anyone to poison it, and 2) Make sure everything you do is built off that special sauce.

When a brand is coherent, when it’s real, when it’s driven by the enzymes that brought it into being and truly emits the essence of the people involved it takes on a life of its own.

Brian referred to it as Stardust. I refer to it as the pheromone of a brand.

It can’t be contained. It catches wind and seeps out. And intoxicates.

Mike’s site launched three weeks ago. It was built by Terabitz, a client of ours.

Mike called last week with the stats. Despite the understated launch, in the two weeks since going live, leads from the site were up 2000% (That’s not a typo). Uniques had spiked by 10,000.

Phones are ringing. Emails are incoming. Agents are festive. No one is really clear why.

I have an idea.

When Mike hit send on that email, he blew out the ashes that had choked his company. New life emerged. A brand on its way to revival. A Phoenix from the ashes.

Its essence taking flight out into the atmosphere.

Right now, Mike’s agents are gaining further understanding of what this was all about and are down with the idea that supporting the brand is a win for their own business.

If my aim is true, I’ve zeroed in on your belief that it is impossible to get your agents to put their skin in your game. Or their fear that they will lose their identity if they do. It’s amazing the vast amount of freedom you discover when you create standards and define your actions by them.

I have visions of what’s next for Mike’s company once the marketing campaign triggers. About what percentage of the market they will own by the end of 2010. And how their competitors’ heads are going to spin until they unscrew and pop off when their best agents leave and join his brokerage.

It won’t be about splits. Or what’s in it for me. It’ll be about something better, bigger, deeper than that. Like working with a company with real leadership. A realized vision. And a real brand.

I’m also thinking about the profits that will ensue as Mike gains complete control over his tools, resources and options. And the ears of his marketplace.

I’ll keep those thoughts to myself for now. Like the results from his new site, some things are best experienced when they come as simple surprises.

Google in talks to buy Yelp; is real estate asleep at the switch?

[Note: Yesterday – 3 days after this was posted – Techcrunch is reporting that the near certain deal, which was covered as pretty much done even in mainstream media, is now off. At the same time, rumors…