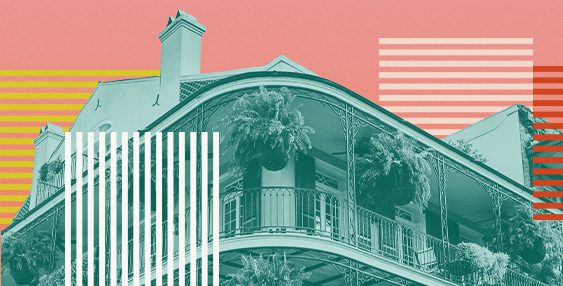 The 1000watt team has been focusing on the work in front of us, and adapting to this way of living. Just like you.

We’ve been keeping our public voice low for the past couple weeks. But you go on, we go on, and we’re going to start sharing good things happening in our world. We’ll also offer what we can to help you sharpen your tools during this time.

The real estate business on the other side of this is going to be an industry of hustlers, survivors and winners. Let’s get ready.

How do you bring five real estate brokerages under your flagship brand, re-imagine the visual identity for that flagship brand, launch a new company campaign, manage generational change within a family company, then launch it… during a pandemic?

You do it the way Latter & Blum did it.

Latter & Blum is the largest independent real estate brokerage in the state of Louisiana. It is owned by Bob Merrick, a charismatic and brilliant businessman of the old style. He bought the company in 1987 from the Latter family, who had founded the firm in 1916. From there, Bob acquired several smaller independent brokerages throughout the state that continued operating under their own brands.

It was now time to unite this “family of families,” to use Bob’s turn of phrase, under one brand that would span the state. Bob had also come to a point in his life where he was ready to pass the CEO baton to his daughter, Lacey Conway, who, after over a decade within the business, was fully prepared to step up.

That’s a lot of change, but Latter & Blum was prepared to take it on. They are a strong company. They do things the right way. Good agents, good managers, big hearts.

And last fall, within Bob’s office, lined with the hand-carved duck decoys he collects, came a big ask of us:

Help us get this right.

This effort required something more than a slogan. It required a rallying cry. We needed to communicate Latter & Blum’s value to consumers, but also get agents at the other companies – in places like Baton Rouge, Lake Charles, Lafayette and Alexandria – excited to come under the Latter & Blum brand.

The many-brands-to-one-brand move was complicated by Louisiana’s quilt of provincial and cultural affinities. In a time where things are regressing to a bland cultural mean, this is a place of proud and beautiful differences. We needed to identify the thread to stitch Latter & Blum into the quilt.

What became evident from our first meeting with the L&B team in New Orleans was that this was a company of builders. Of communities. Careers. Lives. If you’ve met Bob and Lacey, or know anything about how the Merrick family has thrown itself into the communities it serves, you know that this is an authentic sentiment. It is felt throughout the company, even in the offices that hadn’t been operating under the Latter & Blum brand.

Always Building. That was the thread. That’s Latter & Blum. An entire communications and branding campaign cascaded from that statement.

Re-imagining Latter & Blum’s visual identity in a way that could serve the entire state required a lot of strategic thinking. As our creative director Patrick always says, design is much more than “making pretty things.” It is the expression of thinking as much as emotion.

We needed to preserve the recognizable core of the Latter & Blum identity that had been a fixture in New Orleans for over a century, while also making people in other parts of the state feel like this was their brand, too.

To do this, we drew from the regional flags we saw as we traversed the state; re-interpreted the fleur-de-lis ornamenting buildings throughout New Orleans; developed a color palette at once vibrant and elegant.

We formed these things into a system, capped by a new logo, that could carry the brand statewide for years to come.

A brief look appears below, but you can get a fuller sense for the work by viewing it on our website work page or in this brief video: 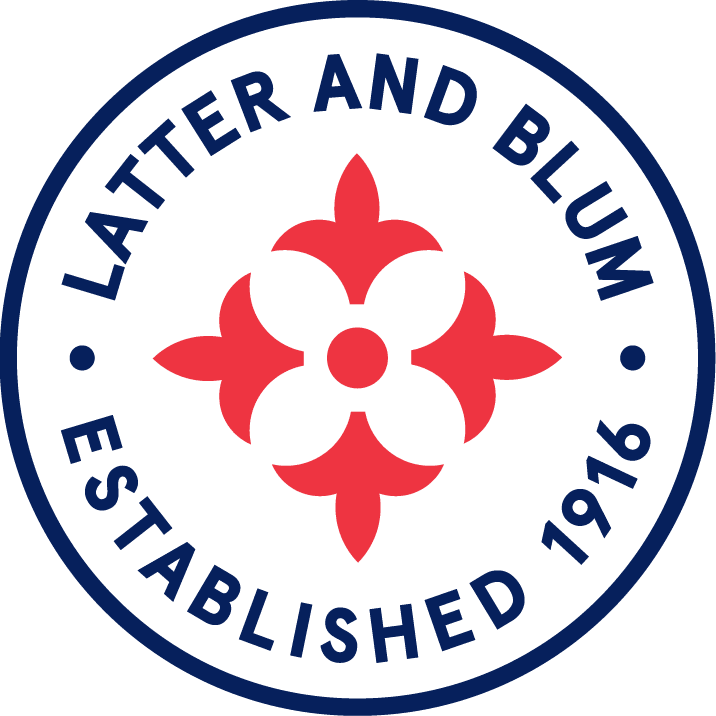 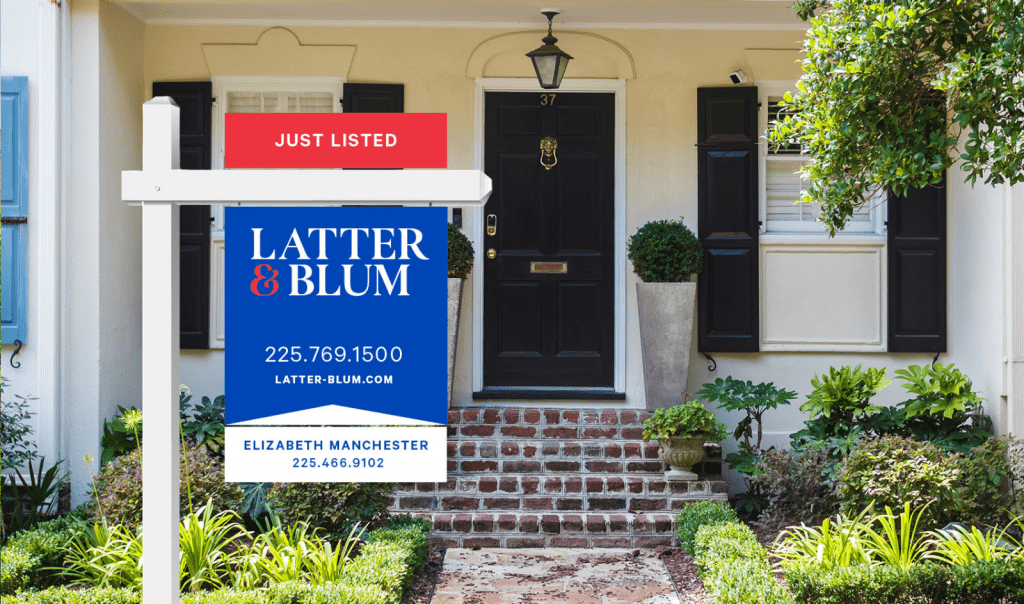 Marc, my co-founder, got Lacey’s text somewhere over the Midwest. “Have you left yet? We need to postpone the event.”

Hundreds of agents were to gather in Baton Rouge for an unveiling celebration. We had helped the Latter & Blum team prepare for weeks. Marc was going to be on-site, and on stage. Sometime between Marc’s departure from Portland and arrival in Louisiana, the first Coronavirus cases appeared in the state. Things changed, fast.

Marc landed and spent the next two days working with Lacey, Bob, General Sales Manager Cheryl McAdam, and Marketing Director Steve Waring on launch plan B. A video was produced and placed within a launch landing page we had created. Communications were drafted. Distribution of agent materials dialed-in. A press release teed up.

Last Thursday, amid the bewildering stillness of this thing we’re in, Lacey decided to announce the rebrand.

Was it the right thing to do?

It was the right thing to do.

Last Wednesday morning, emails went out to the entire company with Lacey’s message and announcement. In an instant, a family of distinct brands were now one — Latter & Blum. Emails poured back in reply from agents across the state. Hunkered down, in their respective cities and towns, agents expressed deep appreciation and excitement for receiving something positive, bold, beautiful and forward-looking.

Things will become harder before they get better. A new strategy and new identity won’t change that. But when the time comes, and things begin to improve, the entire Latter & Blum family of agents will be ready.

This type of action and leadership are the works of a company that is always building.

You have their attention

“The Chinese use two brush strokes to write the word ‘crisis.’ One brush stroke stands for danger; the other for opportunity. In a crisis, be aware of the danger — but recognize the opportunity.” ― John F….